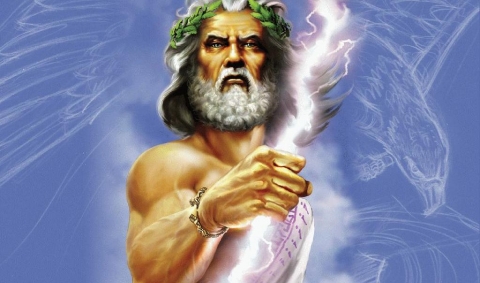 Zeus was sitting in his throne up on Mt. Olympus one day and realized he was seriously bored.  We all know that bored Gods can create all kinds of mischief, and that is exactly what he decided to do...create mischief.  An idea came to him, that was so good that he called all of his Gods together to make the announcement immediately.

"I have decided to create a challenge!" he said to all assembled.  Athena raised her eyebrows while looking around at her fellows for support, "Another challenge for the humans dear Zeus? They are still recovering from the last one you threw at them.  Surely they have earned some peace?"  Zeus ignored her, clapped his hands together and laughed loud enough to cause several avalances in the surrounding mountains.  "No my dear, this is a challenge for BOTH Gods and Men.  It will take them across land and sea and mud and sand...it will be the ultimate test of Kourage and Kreativity!"

The assembled Gods began murmering amongst themselves at this point, as prior ideas of Zeus involving them had never boded well.  "You see," explained Zeus, "Gods and Men alike will need to create kontraptions that are powered only by them, to travel through a kourse designed by me" he proudly pointed at himself.  "Poseidon!" Zeus yelled, "On the first day the participants will be required to travel through your watery home to reach a place of safe haven.  They will then be awarded a gift that will help them through the rest of the journey, a gift worthy of their power and kourage!"

Poseidon looked on nonplused as though he was waiting for Zeus to continue, and then spoke, "Somehow I have a feeling that travelling through water is not all you will allow them to do."  Zeus cackled again, "Of course not!" he snorted, "No no, you will release the Kracken to badger everyone on their travels my friend, as I want to see them all work hard for your prize!"  Zeus then became serious, and looking at each of them exclaimed, "And NO exceptional powers can be used to help them!  No miracles!  They must all suffer together!"

"Fantastic" said Apollo, "I can't wait to hear what's next."

Zeus sat forward on his throne and with a gleam in his eye continued, "THEN there will be a great celebration that night, for all participants to attend.  There will be music and dancing, and the strong drinks shall flow copiously, lulling all into a false sense of ease and a powerful drunkeness."  He laughed and said, "Too bad the next day will take them through difficulties that will rival their darkest nightmares."

Not being able to help himself, Apollo asked, "Zeus, what could you possibly have planned next that would rival battling the Kracken while at sea?"  Zeus gave him a look that clearly showed he was just getting warmed up and petulantly waved a hand in his direction.  "I'm coming to that, but before they can get started out the next day, they must sing a song to appease the crowds and win the favor of my people. Oh, and pass a test that proves the night's libations did not completely overtake their senses."  Murmers of assent ran throughout the group at this point.  "After all," Zeus exclaimed, "they'll need their wits about them as they travel to the sandy shores of Cisthene, where they must battle Medusa! That poor demon hasn't had any fun in quite a long time."

Hermes could no longer hold his tongue, "Medusa?" he cried, "Why don't you just send them to Hades and have them battle Cerberus while you're at it?!"  Zeus looked up stunned at this point, "How did you know?" he asked looking irritably at Hermes. "You've stolen my thunder! That is indeed what I've planned. Hadeas!!" Zeus roared. "You will open the gates to your realm to these champions. They must cross the river Styx and face your dog Cerberus."  Hermes and the others looked on with mouths agape, but it was Athena who found her voice first.  "Just so I understand fully, you want both Gods and Men to travel to Hell and back in self powered machines across hills and valleys, sea, sand, and mud to battle the worst monsters the world has known just for your entertainment?

Zeus grinned, stood up, and looked them all in the eye, "Yes!!" he bellowed, "That and eternal Glory!! We will call it The Great Port Townsend Bay Kinetic Sculpture Race!".  With a great intake of breath Zeus bellowed throughout time and space,

"I Zeus, challenge all Glory seekers. Bring your kontraptions, your kourage, and your kreativity to this kourse, and we will see what separates the Gods from the men, and the Women from the Goddesses!" 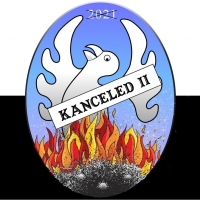