What is A Kinetic Skulpture Race?

A Kinetic Skulpture is a human powered, artistically enhanced vehicle that must go through sand (Kwick Sand), mud (The Dismal Bog), float on water (The Great Bay), and transverse hilly, silly neighborhoods. Some skulptures are engineering marvels while most are a mixture of bicycle parts, styrofoam, duct tape, imagination and prayers. Awards are given to each racer whether they want it or not, but the most highly prized award is the "Mediocrity Award", the skulpture that finishes in the middle of the pack.   Kinetic racers as well as glorious spectators must be kapable of having fun without taking the event too seriously.

Saturday's festivities start at Low Noon beginning with a parade downtown, followed by a break test, and then the water portion of the race!  At 8:00pm there will be a Koronation Ball where a new Rose Hips Kween will be chosen, an unbelievable display of talent, jokes and recipes will help the crowd choose the winning kontestant! Live music will be played by a live band to keep everyone dancing well into the night.

Sunday the race continues, but first, in front of City Hall, the racers will be required to sing their way into the hearts of the krowd, and perform a sobriety test to prove that the Ball libations did not dull their senses.  The racers begin pedaling at Low Noon, Kinetic Kops will issue citations, kontrolling khaos and konfusion at the event, while the glorious judges look on to find their favorites.  Bribes given freely may help to keep the judges marking you high and help persuade the kops to ignore felonious indiscretions, and bribing the Kinetic Konsortium is always wise.  Racers complete the route around 5pm if they are lucky, and arrive at the awards ceremony muddy, sore, and yet brimming with well earned Glory! 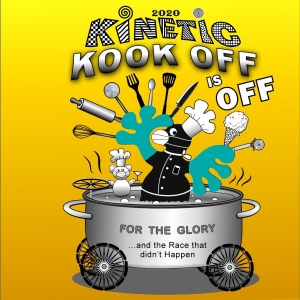